Introduction: – Wheat is cultivated on 23% of the total land in all parts of the world. The major nations growing wheat in the largest area are China, India, United States, and Russian Federation. India is the second-largest producer of wheat after China. Like paddy, wheat is also an important food crop of India.

Punjab, Haryana, Uttar Pradesh are the main wheat producing states in India. Globally, wheat is the second most grown crop after maize, which is used to make bread, cookies, pasta, cakes, oatmeal, bread, bread, juices, noodles, etc., from the obtained flour. is. Wheat and its straw are also used as animal feed or as a material for making roof/thatch. Wheat also has Ayurvedic properties.

Advantages: – Many types of foods can be avoided by making several types of wheat foods. For example, taking fine powder of wheat after mixing with milk, honey, and ghee benefits in many types of cough.

Grinding wheat bran and applying it provides relief in chest pain. Cook the powder of wheat and bark of Arjun in jaggery, ghee, and oil and eat it, it is beneficial in heart diseases. Taking old wheat powder with honey benefits stomach problems.

Diets improved by diets made from wheat and decoction of wheat and gram, small stones of kidney and bladder are removed. Wheat has many more benefits.

Due to the high temperature, the crop ripens quickly but the yield decreases, and frost causes damage to the crop. The germination power of the seed is destroyed when it grows at the time of planting and its growth stops. 50% – 60% humidity in the atmosphere has been found suitable for plant growth.

Hot summers and cold winters are considered suitable for a good wheat crop. A warm and humid climate is not good for wheat, because, in such places, many diseases occur in the crop.

Selection of land for wheat cultivation.

Selection of land: – Wheat can be cultivated in any arable field, but it is good to grow crops from loam to heavy loam and alluvial soil. If there is drainage in the field, then it can be cultivated well in black soil and also in Mattiar loam. The pH of the field is 5 – 7.5 is good for the crop as more alkaline or acidic soil is unsuitable for wheat.

After harvesting the Kharif crop, the field should be plowed first with a soil-plow plow, then 2-3 times with a native plow, bakhar, or cultivator. After every plowing, the field has to be leveled by digging.

Sowing time: – Wheat is a rabi crop which is generally sown till winter ie October – December and harvested till February – May. Wheat varieties that have a lifespan of 135 – 140 days should be sown in the first fortnight of November and those with a life span of 120 – 125 days by November 15 – 30.

In the unirrigated stage, the time for sowing wheat is in the middle of October after the rainy season ends, and in the semi-irrigated stage where water is available for only 2-3 irrigation, sowing time from October 25 to November 15 is considered suitable.

sown should not be late after 30 November. The late sown cultivar should be sown by the first week of December so that it does not have to withstand dry and hot air before ripening, otherwise, its grains will shrink and yield will be reduced.

Seedling and Depth: – The seeds selected for cultivation should be clean, healthy, and free from any of the selected varieties.

Methods of sowing: – Generally, wheat is sown by 4 methods (by sprinkling, sowing in the back of the plow, or by seed drill and dbiling). The method of sowing varies from place to place.

Manure and Fertilizer: – The amount of fertilizer and fertilizer in wheat farming depends on the variety of wheat, method of sowing, the facility of irrigation, etc. Green, organic and chemical fertilizers can be used in its cultivation.

For good yield, mix at least 35-40 quintals of well rotten cow dung, 50 kg neem cake and 50 kg castor cake, etc. well before sowing in the field and then disperse the field and sow Do it

Irrigation: – The number of irrigations and the amount of water depends on the sown variety, soil type, the temperature of the atmosphere. Dwarf varieties of wheat total 30–35 hectare cm Water requirement and indigenous varieties total 15-20 hectare cm Water is required. Irrigation beds should be made of wheat.

Weed control: – 30-40 days from sowing in the wheat field is more critical for weed competition, which can lead to loss of wheat yield by 10-40 percent.

Harvesting – When the wheat becomes hard after ripening and it gets 20-25% moisture content, the crop should be harvested with laughter. After harvesting the bony variety of wheat, it should be cut immediately, otherwise, the grains fall off and the birds eat them, causing crop damage. After harvesting, dry the crop in the barn for 2-3 days.

Read more
Are Plant Based Meats Healthier Than Real Meat? 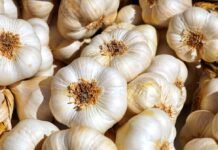 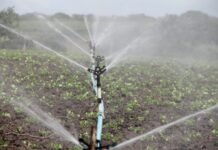 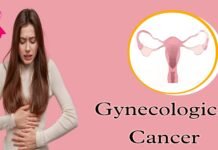 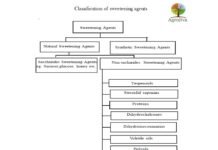 Bio-Sweeteners(Sweetening agents) -Types, properties, and their applications in Dairy and Food...