Training of fruit crops can be defined as ‘an operation done to a plant by which it is made to develop a framework or structure land. This is spreading on bower with or without pruning of plant pears and training is usually done when the plant/shrubs vines are young.

It is necessary to pay sufficient attention to the training of plants during the first few years of planting. During this period, the pre-planned framework as decided by the grower should be allowed to develop. The main points to be kept in view while training is:

1. To admit adequate sunlight and air to the center of the tree and to expose the maximum leaf area to the sun.

2. To limit the spread and growth of the tree so that various cultural operations such as spraying and harvesting are performed at minimum cost.

3. To build the framework and arrangement of scaffold branches.

4. To build the framework of the tree is such heights at which the trees are less exposed for sunscald and wind damage.

a) High Head and

The primary branches are encouraged about one meter or higher up from the ground level. In cases of these plants, cultural operations with animal or mechanically drawn implements can be carried out easily. In the tropical climate, the high headed trees are unsuitable as they are prone to sunscald and wind damage.

Main branches forming the foundation framework of the tree are encouraged on the trunk at a height of 1 meter from the ground level. The low head trees are now becoming common all over the world as they come into bearing comparatively earlier, are able to resist stormy winds more effectively and spraying and harvesting expense are reduced.

How to Train the Plants:

The formation of the main framework of the tree is the most important part of the training.  Usually, two to four main branches are encouraged at almost the same height. These should be allowed to be rise from different directions, at some distance from one another as to form a balanced head. These branches are called scaffold branches. The framework is greatly strengthened if the branches are spaced at 15 cm apart vertically on the main tarn. If two or more branches of equal size are allowed to arise from one place, they form a bad crotch which is after prone to spilt stem except a few like pomegranate, Custard, apple, fig, etc. which are better trained to two of three stems.

System of Training for Fruit Crops:-

Central Leader:- Central Leader is adopted such types of trees that have a pronounced apical dominance. e.g. pear and some varieties of apple

Open Center:- The main stem is allowed to grow only up to a certain height by heading within a year of planting and all the subsequent vegetative growth promoted by lateral branches. e.g. pear, apple, etc.

Modified Leader System: – This system stands intermediate between the central leader and the open center, combining the advantages of both the system. e.g. walnuts, pear, apple, etc.

Cordon system: – A single arm is allowed to develop from the trunk which will be trained along a stretched wire towards one side, or the main truck itself may be bent on the wire at a suitable height. e.g. Grape.

Fan system: – This method is suitable for well side planting in home gardens. A fan-shaped frame is developed by allowing the branches to grow in only on plants parallel to the wall.

Arbuot or Bower system: –  In this training system vines are trained on the pendal.

Telephone system:- The wires will be fixed horizontally on some polls just telephone wires. The plant will be trained on the wires with a suitable framework. e.g. grapes

Pruning is an important horticultural practice. The knowledge of which is essential or the grower, since inappropriate pruning any result in more harm than good.

Pruning could also be outlined “as an art or science of cutting away a little of the plant to enhance the standard of the merchandise or to repair/ heal the injury, the components ordinarily removed square measure branches or leaves or each, clearly pruning could be a subtraction method.”

The main objectives of pruning are:-

1. To maintain the vigour and growth of the trees.

2. To maintain a balance between the vegetative vigour and fruitfulness, so as to be conducive for the production of an optimum crop of the best quality.

3. To regulate the quality and size of fruit by way of proper distributions of the fruiting area.

4. To regulate the succession of the crop.

5. To spread the tree for the convenience of the economy in orchard management.

1. Too much pruning should be avoided as it affects the growth of the plant by ‘dwarfing ‘and may induce more of eater sucker fascination and thus affect the bearing potential.

2. In pruning only that wood which is not required for the tree should be removed.

3. Pruning of the large limbs should be avoided as far as possible.

5. Each branch or part pruned or removed should be considered as a capability bearing area and a certain amount of food ready the plants is reduced through such removed part.

This refers to the removal of the branches completely from its base leaving no stubs.

This refers to pruning or cutting of the main stem or all or a few of the branches leaving a basal portion. This method is frequently followed for hedges, ornamental shrubs, first dormant pruning, and October pruning in grapes.

3. Disbudding or Rubbing off:

Here the young buds are nipped without giving then the change to bud/sprout. The sprout may be either Vegative or reproductive. This is practiced regularly in flowering plants to make the terminal bud/sprout to give a bigger flower.

This refers to the removal of the tip of the shoot alone with a view to stimulating gently the lateral growth; this can be practiced often in low to get rid of the apical dominance and to permit the side branches to grow vigorously. 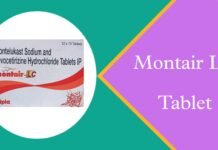 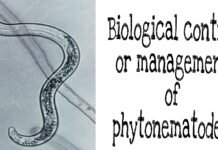