Medullary thyroid cancer is a type of thyroid cancer that begins in thyroid cells called C cells. They produce the hormone calcitonin in the blood. In such a situation, when the level of calcitonin in our blood starts increasing, then it can be seen as an early symptom. This can be considered a sign of thyroid cancer. Today’s article is on this topic. Today we will tell you through this article what are the causes of Medullary Thyroid Cancer (MTC) in adults and children. You will also learn about symptoms and treatment. Read on…

when a person inherits MTC genetically from either parent, it is known as Familial Medullary Thyroid Cancer (FMTC). However, not many cases of this have been reported.

While MTC (medullary thyroid cancer) develops slowly, people in the early stages of the disease usually have no symptoms. Therefore, early diagnosis of this MTC is difficult. When symptoms do appear, they usually appear as a painless lump on a person’s neck or throat. This lump continues to grow inside the thyroid associated with cells.

Common symptoms of MTC can be:

If the condition becomes more serious, then the following symptoms may be seen-

Note – People with cancer that has spread to the nerves that control the vocal cords may experience hoarseness or a change in their voice.

When to see the doctor?

Anyone who notices a lump or swelling in the throat should see a doctor immediately. Apart from this, a doctor should be contacted due to the following conditions.

3- If the sore throat is not getting better then

However, not all neck lumps are cancerous. Many other diseases can also cause a lump in the neck. If the doctor suspects that a lump in the throat may be cancerous, they will usually refer the person to a specialist for further testing.

Treatment of medullary thyroid cancer usually involves removal of the thyroid gland and affected lymph nodes near the thyroid gland. This is done through surgery. After surgery, the person needs to take medication to bring about changes in the hormones produced by the thyroid. On the other hand, if we talk about other treatments, then radiation therapy is included. Eventually, chemotherapy is resorted to. Also Read:- Diseases caused due to hormonal imbalance in female

Note – The points mentioned above show that the symptoms of medullary thyroid cancer are not visible early. In such a situation, if any lump is seen on the throat, then it is necessary to contact the doctor immediately. 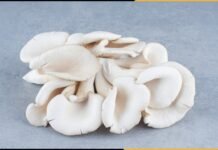 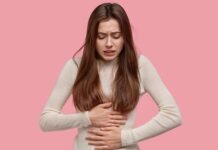